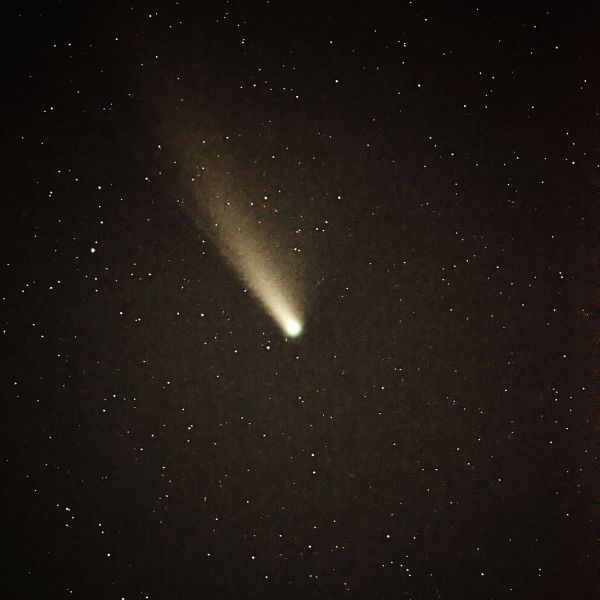 Astrophotography is a niche and not one I frequent that much. I've dabbled with the occasional Milky Way photo but I'm not often found out after dark with my camera. However, we have no second chances with Comet Neowise as it will not be back for another 6800 years, its now or never!

A video by astrophotographer Alyn Wallace was the initial inspiration and, following some of Alyn's tips and making use of the Photopills and Stellaruim apps on my phone, I set about finding a suitable location. This was the hardest part.

A view north was required. I didn't want a straight shot of Comet Neowise over a landscape, I wanted a prominent feature in my image. This is where things got complicated but the apps helped me previsualise an image of the comet over the Wallace Monument in Stirling.

So, how did it go? Well, I have to say that I was a bit disappointed in that I couldn't see the comet with the naked eye - perhaps that was because of light pollution, or perhaps because it doesn't get really dark here in the summer, not pitch black anyway. Low down on the northern horizon is probably the worst position the comet could have been in the night sky over Scotland in July. However, Comet Neowise did show up on my camera monitor and it was just a case of lining up the comet with the monument.

In the final image, I would have liked them to be closer but I could not approach the monument any nearer without hiding more of its base. This is the last image that I took as the sky was brightening with the first signs of dawn. I actually blended two images, one at a high ISO to freeze the movement of the stars, and the second at a slower ISO to blur the clouds and reduce noise in the clouds and monument.

If the comet were nearer to the monument I could have used a 300mm lens (as I did with the top image) and the final image would have more impact but, having said that, I'm pleased with the final result. 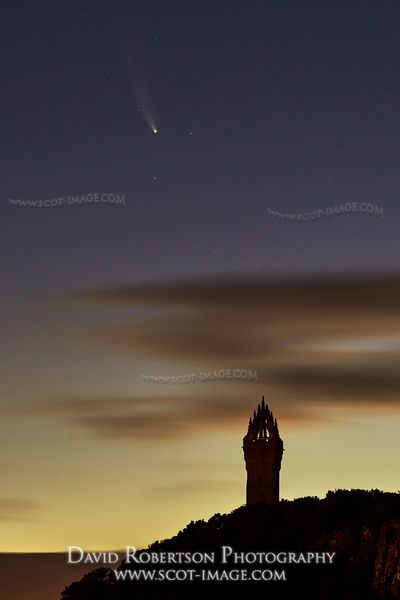